Create an Account - Increase your productivity, customize your experience, and engage in information you care about.

Brian P. Bubar, was hired by the Police Department on December 9, 2002.  After only having three and half years in patrol, Captain Bubar was assigned to the West Contra Costa County Narcotics Enforcement Task Force (West-NET), as a Narcotics Investigator. He has been recognized throughout the state for his undercover work with large scale narcotics operations. He was selected by his peers as Officer of the Year after he successfully infiltrated a notorious street gang as an undercover officer. In addition to his patrol duties, Captain Bubar successfully implemented a progressive recruitment program seeking out candidates of the highest standards for the position of Police Officer.  He helped formulate the Cadet Program by creating selection and hiring standards, and creating the training matrix and was selected as the supervisor for the Priority Oriented Policing Unit where he excelled at fighting crime and developing positive relationships with the community through our schools and city departments.  He has served as one of San Pablo Police Department’s Hostage Negotiators for more than 10 years. He is a graduate from the Sherman Block Supervisory Leadership Institute as well as POST Command College. Captain Bubar is currently pursuing his Master in Science Degree from the University of San Diego in Public Safety/Law Enforcement Leadership. 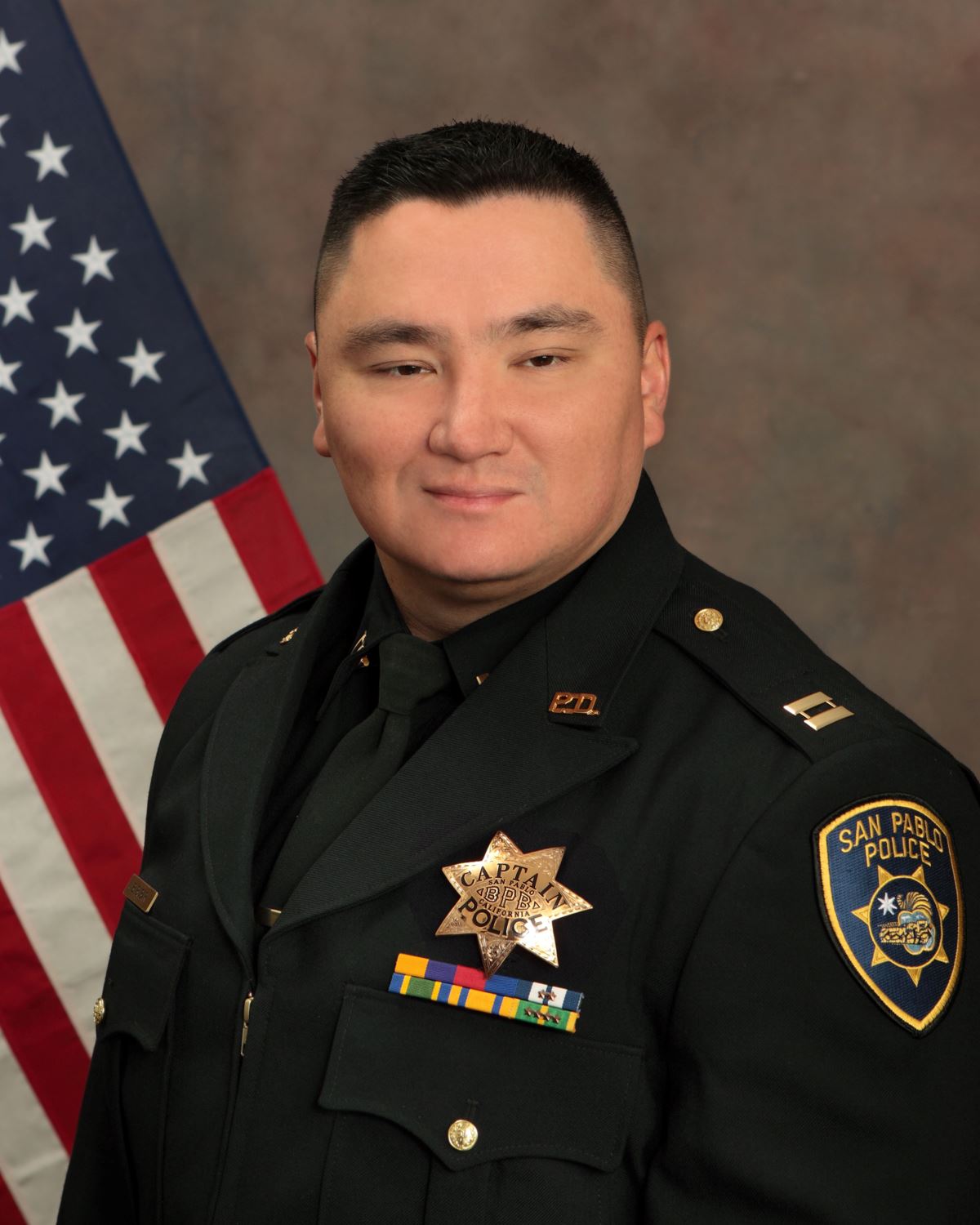