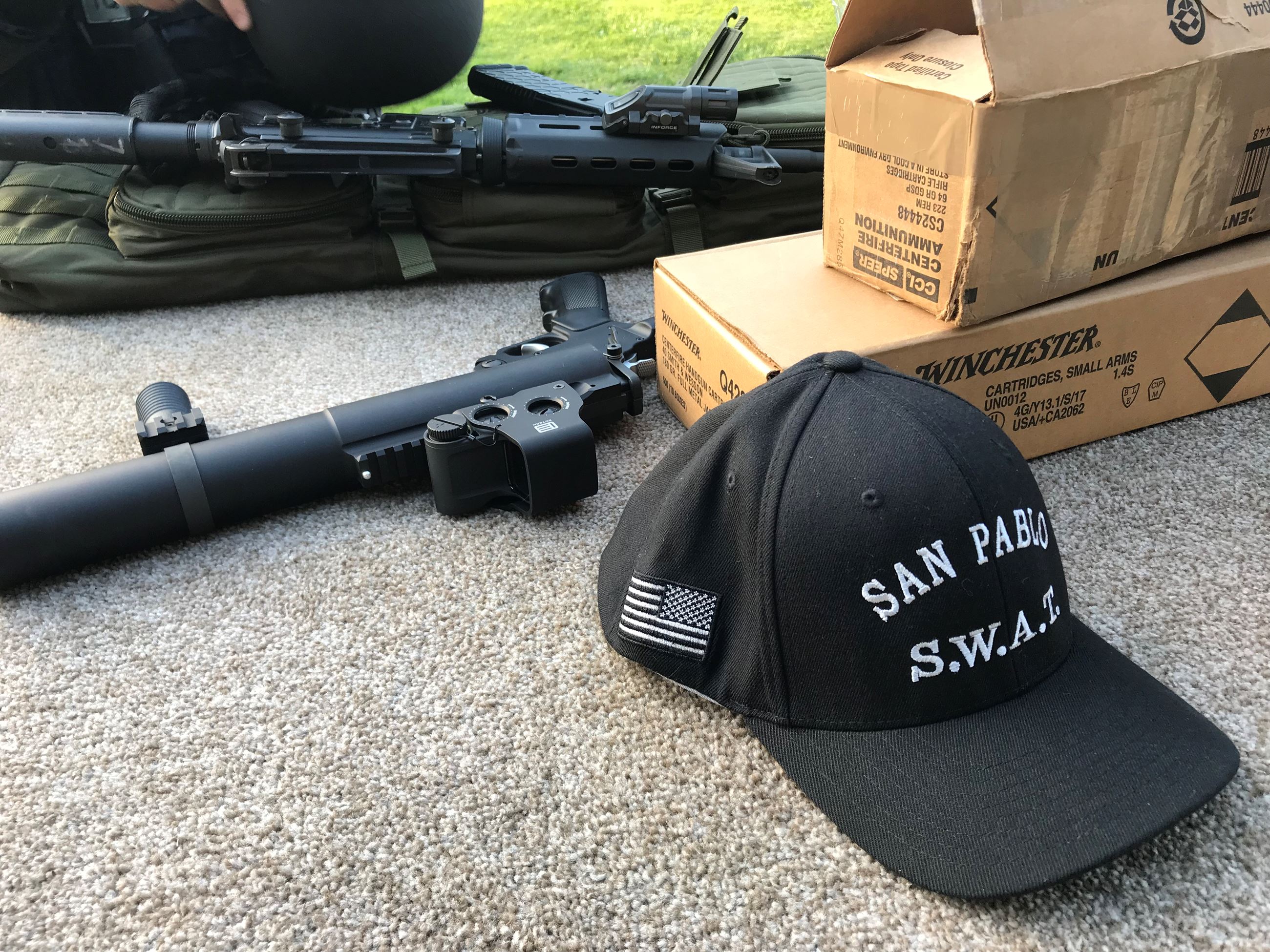 The San Pablo S.W.A.T. Team was created in 2009 and began as an entry team to assist the Investigations Unit. The team’s primary responsibility is the service of high-risk search and arrest warrants, however they can also handle active armed and barricaded subjects and hostage rescue incidents in conjunction with the Hostage Negotiation Team. The SWAT team is activated only when there is a strong propensity for violence, the location to be searched is fortified or the suspect is armed or has access to firearms.

The SWAT Team is comprised of a Team Leader, an Assistant Team Leader, 14 team members, and is managed by a Tactical Sergeant. All members of the team undergo a rigorous selection process and serve at the discretion of the Chief of Police. Every team member has received extensive specialized training in arrest tactics, warrant service and high risk procedures. Every team member attends basic SWAT school and are also trained in barricaded subjects and hostage rescue tactics. There are multiple Subject Matter Experts on the team that conduct ongoing monthly training.

Since its inception, the team has accomplished a near 100% success rate in the apprehension of wanted homicide suspects.