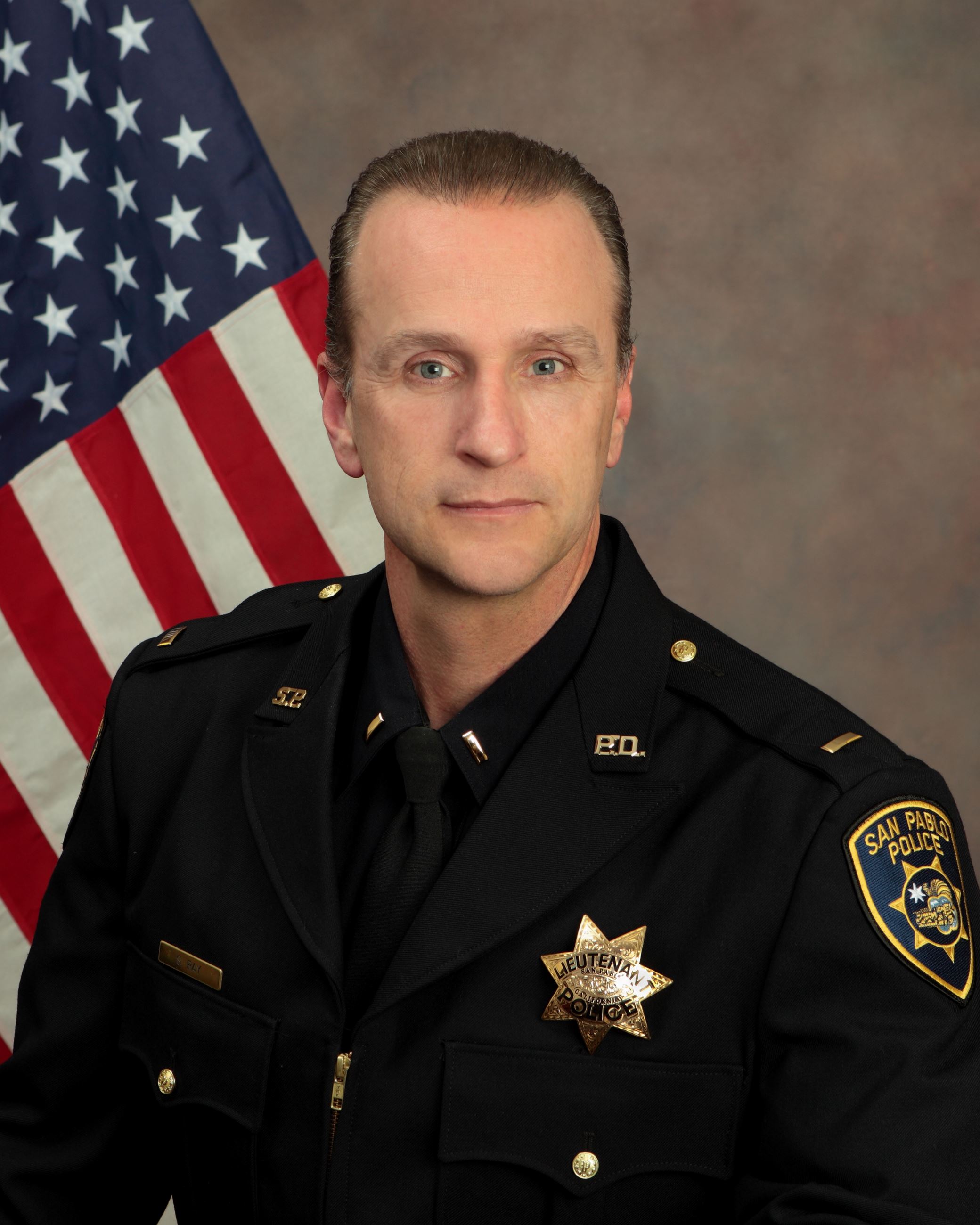 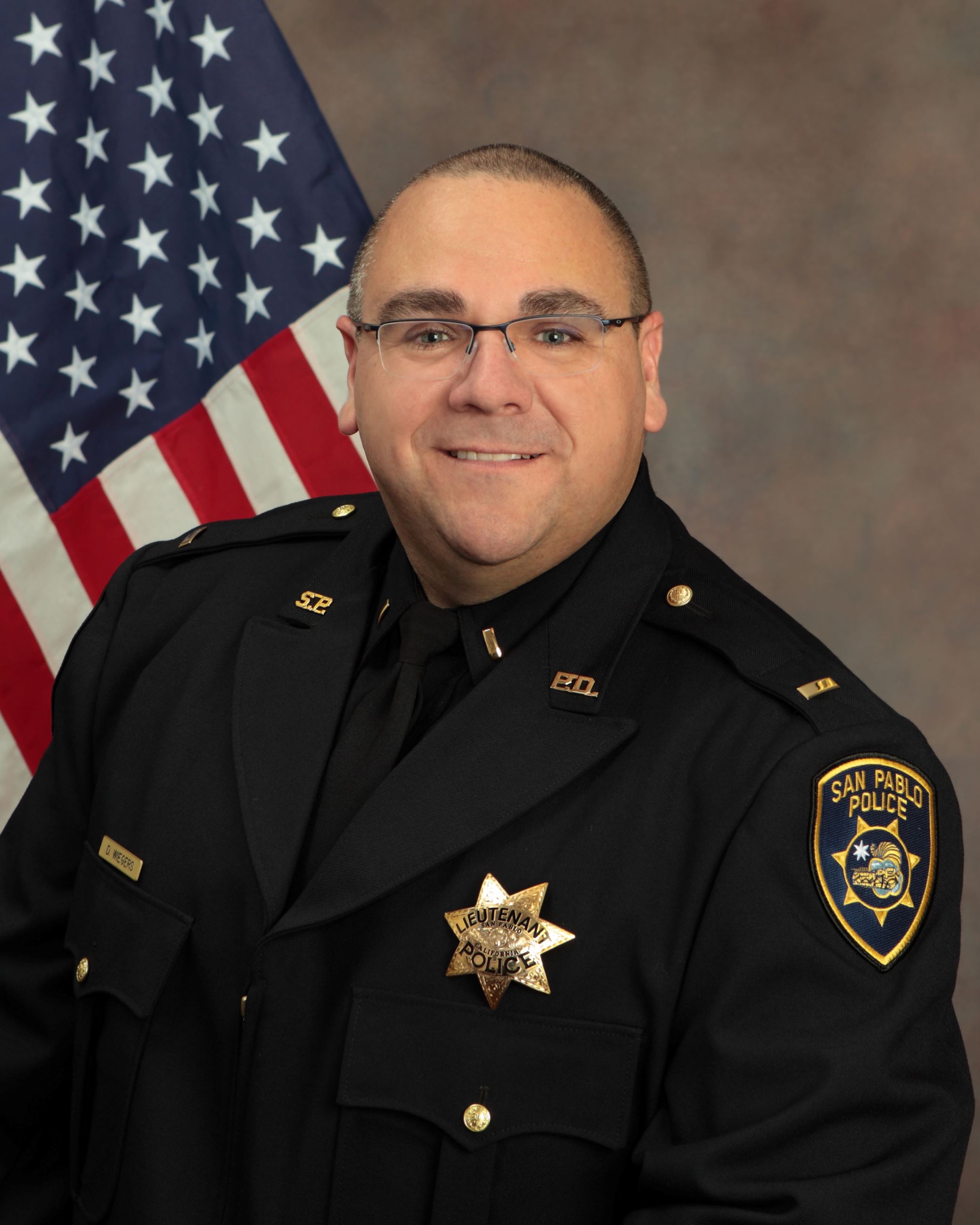 Dan Wiegers was promoted to Lieutenant in 2018. He was born and raised in San Pablo, and got his start in Law Enforcement at the age of 15 as a police explorer with the Richmond Police Department. He graduated from Richmond High School and enlisted in the United State Marine Corps as a Military Policeman, attaining the rank of Corporal. Dan was stationed in Washington D.C. and Okinawa, Japan before receiving an honorable discharge. Dan attended the Napa Valley Police Academy and was hired by the San Pablo Police Department in 1999. Dan served 6 years as a Detective assigned to sexual assault investigations and has held positions/co-lateral duties as: Field Training Officer, Firearms Instructor, Training Manager, and Police Association President (4 years) and Vice-President (2 years). Dan earned his Bachelor Degree in Criminal Justice Management in 2016. Dan is happily married and is a father to three young men. His hobbies include Golfing, Fishing, Riding his Harley-Davidson motorcycle, Family Range days, and Family Dirt Bike/Off-Road trips. Lieutenant Wiegers is responsible for Patrol (Staffing/Scheduling), Field Training Program (FTP), Bike Patrol, Social Media Team, Jailers, and our Explorers and Cadets. 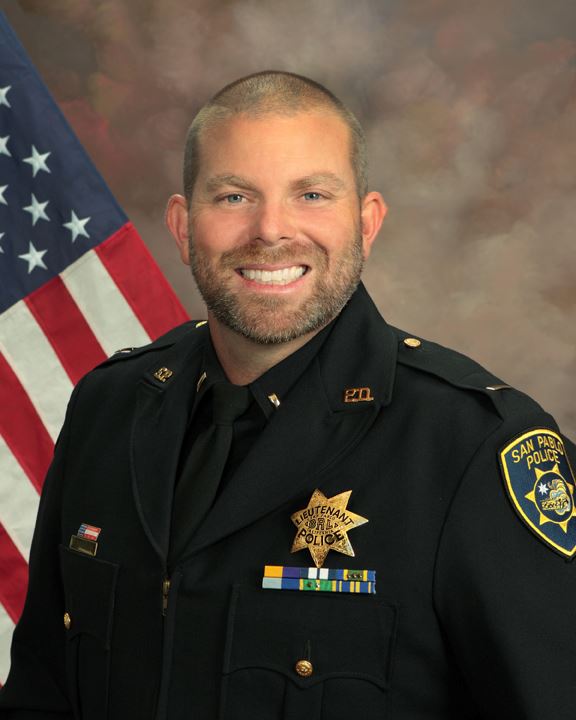 Bradley Lindblom was hired by the Police Department in June 2003.  Bradley possesses a Bachelor’s Degree in Public Administration with an option in Criminal Justice. While working for the San Pablo Police Department he earned a Master’s Degree in Criminal Justice. During his career, he has worked multiple assignments, including Patrol and Investigations.  In 2012, Bradley promoted to the rank of Sergeant and has supervised the Patrol Division, the P.O.P Unit, and the Investigations Unit.  He possesses an advanced P.O.S.T Certificate and graduated from the Sherman Block Leadership Institute.  In 2017 Bradley served on the Contra Costa County Council on Homelessness for 2 years.  In September 2020, Bradley was selected to serve as an acting Lieutenant in the Patrol Division.

Bradley has been married to his wife since 2007 and has an 8 year old girl who was born on Christmas day 2011 and a 3 year old son.  Bradley’s passions include coaching his daughters softball team, playing softball and golf.  Bradley’s father, Brian Lindblom, served the Contra Costa County Office of the Sheriff for over 30 years.  Brian retired on the same day Bradley graduated from the police academy in 2003.  His father also volunteers for the Police Department.